Can we help you?

Have any question? Our teams are on hand to help you and reply to your enquiry.

Find your contacts at our offices and laboratories.

Our distributors
The kit is based on a competitive format involving a specific antibody labelled with Cryptate (donor) and cGMP coupled to d2 (acceptor). cGMP produced by cells competes with d2-labelled cGMP for binding to monoclonal anti-cGMP Eu Cryptate.

The cGMP assay features a streamlined protocol with only two incubation steps:

The cGMP assay is extremely sensitive and has a wide working range (0.5 - 500 nM), giving the flexibility to use a wide range of cells per well. Figure 1 shows the results of assays performed using 300 and 20,000 cells per well and stimulated with S-nitroso-N-acetylpenicil amines (SNAP), a direct activator of soluble Guanylate Cyclase (GC) enzyme. Statistically significant quantities of cGMP were detected from as few as 300 cells. A typical dose response curve is shown in Figure 2 for cells stimulated with Atrial Natriuretic Peptide (ANP), a direct activator of particulate GC.
Figure 1: 300 to 20,000 RFL-6 rat lung fibroblasts were plated per well in a low volume 384-well microplate. Cells were incubated either in the presence or absence of SNAP and cGMP, quantified using the HTRF cGMP kit following the standard assay protocol.

Nitric Oxide is a key effector protein that - among other roles - is involved in cardiovascular hemostasis and vascular relaxation. In the event of a vascular stress, NO is synthesized at its location. It binds to sGC on the environing tissues, triggering the downstream decrease of Ca2+ and increase of cGMP, which in turn alters the activity of a collection of protein kinase G, cyclic nucleotide-gated ion channels and phosphodiesterases, leading to the vasodilatation of nearby vessels, blood flow increase and lowered tension.

All your HTRF assays in one document! - Catalog

How HTRF compares to Western Blot and ELISA

Get the brochure about technology comparison. - Brochures

Choosing the right microplate reader ensures you’ll get an optimal readout. Discover our high performance reader, or verify if your lab equipment is going to be compatible with this detection technology. 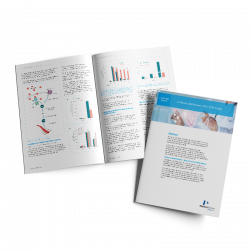 Optimal performance when applied to Gs activation or inhibition

cGMP measured with the HTRF-based assay is linked to and mediates the ne...